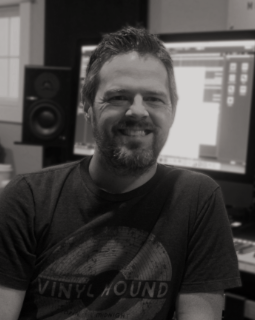 I grew up playing classical piano and developed a love for music very early on. I have been composing music for well over 30 years now. For me, it is all about the creative process and the joy of sharing my creations with anyone who cares to listen.

In the 90's I was a writer/member of a successful local band in Utah called Agnes Poetry. As independent artists we sold nearly 20,000 albums. We performed hundreds of shows in Utah, Idaho, and New Mexico, including some large concerts where we opened for some amazing bands like Alphaville, Machines of Loving Grace, and Real Life. For many years thereafter, I was a writer for a project band named Adom9. We had just two releases, a double-disc named 'Deluge' and a Christmas EP named 'Memento Christo'.

Since 2014 I have focused almost primarily on instrumental compositions, from epic trailer pieces to subtle drama and tension pieces. I have released dozens of industry albums with various publishers around the world and now work exclusively for Brand X Music.

I've enjoyed placements on several networks, including HBO, ABC, NBC, CBS, FOX, Discovery, Sundance Channel, Travel Channel and Velocity. Some of my music and sound design placements include trailers for Call of Duty Modern Warfare, World of Warcraft, Separation, The Aviary, The Great, Iron Mask,and Godzilla vs. Kong. Some of my television placements include popular television shows, such as Mythbusters, Vice, Big Brother, The Young & the Restless, NCIS, NFL Football, Late Night with Stephen Colbert, and Hotel Impossible, to name a few.

If you have questions or comments about my music or sound design, please feel free to reach out to me directly: randon (at) randonpurcell.com.